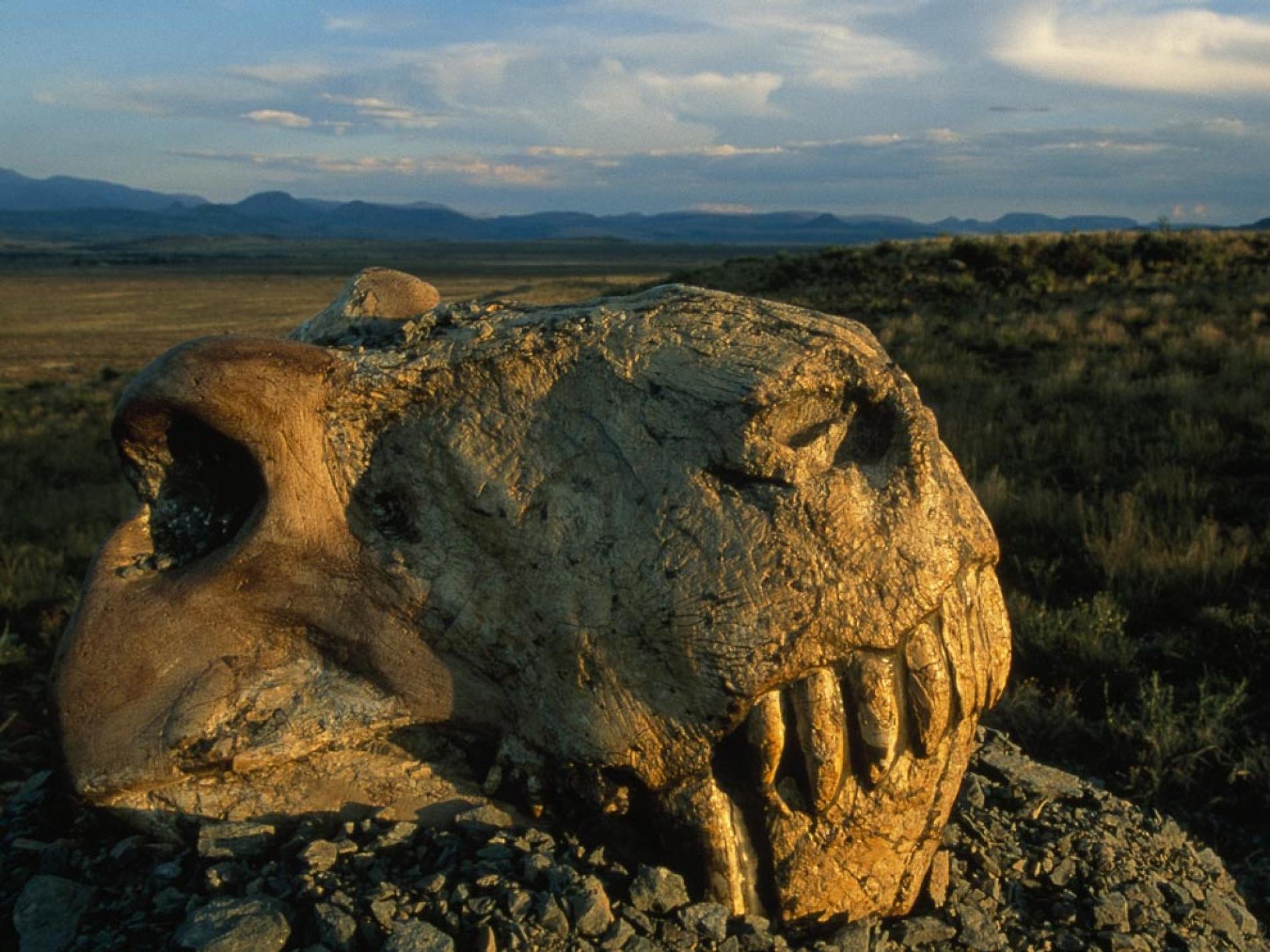 Posted by Pattison Website Staff No Comments on What is the ordovician formation, and what makes aggregates from this formation better than others? Aggregates

If you’re not a geologist or paleontologist, you may not be familiar with the term “Ordovician,” but rest assured it’s actually quite simple. “Ordovician” refers to a time period within the Paleozoic era, during which the Ordovician formation was created. The Ordovician formation is a very large layer of uniquely formed limestone, which possesses a much stronger, less absorbent, and less soluble structure, compared to other sources of limestone. Due to the way this special layer of dolomitic limestone was formed, and its qualities, it makes for a great aggregate.

But in order to truly give you all the facts on why Ordovician Dolomitic Limestone is a superior aggregate, we should look a little deeper into its history.

The History of the Ordovician Period

About 490 million years ago, during the Paleozoic era, the Ordovician period happened. During this time, the Earth was covered in massive, warm oceans with sea levels nearly 600 meters higher than today’s and marine life was thriving. The landmasses back then were also quite a bit different than we know them today. The supercontinents of Laurentia, which would become North America, and Gondwana were teeming with early plant life and almost entirely submerged in water. Due to the high sea levels, flat land masses, and prevalent marine life, most of the debris, sand, and dirt that fell to the bottom of the ocean turned into sedimentary limestone. The immense pressure from the water compacted the limestone to be very hard and very durable. This is where the difference between varying eras of limestone and their qualities can be compared.

Towards the end of the Ordovician Period, the supercontinents Gondwana and Laurentia began to drift apart through shifts in plate tectonics. This means that the layer of limestone that formed would be broken up and spread all across the world.

Fun fact: Octopi appeared for the first time during the Ordovician period!Click To Tweet

Hardness and Strength In Limestone

Ready to dive into the properties of Ordovician Dolomitic Limestone? First and foremost let’s talk a little bit about the hardness of Ordovician Dolomitic Limestone. In addition to the tremendous underwater pressure that it took to create this type of limestone, the type of marine debris, sand, dirt, and other materials all played an important role in giving it the benefits of higher levels of strength and durability. This type of limestone ranks in at around a 4 on the Mohs Hardness Scale. Just for a little bit of background on that number, granite weighs in at about a 6 and Diamond takes the highest spot at a 10. Now comparably, regular limestone tends to score only about a 3 on the Mohs scale. Why does this matter? Well, the harder the rock, the harder it will be to break and erode. This is important in things like walkways and paving, decorative pieces, high traffic areas, exposure to the elements and moisture, and resistance to breakage and weakening due to freeze-thaw cycles.

Now I’d like to pull your attention over to the other important piece of Ordovician Dolomitic Limestone. Particularly the “Dolomitic” part. As you may or may not know, Dolomitic Limestone is different from regular limestone. In order to become dolomitic, limestone goes through a lengthy, natural process called “dolomitization,” where calcium carbonate is converted into magnesium via magnesium-rich groundwater. This process creates a slight volume reduction, resulting in a divoted, trigonal-rhombohedral structure that is almost a whole point higher on the Mohs hardness scale than regular limestone. This means Ordovician Dolomitic Limestone is tougher, stronger, and more resistant to natural breakdown and erosion. Unlike regular limestone, Dolomite contains way less impurities like clay and silt, and instead can act as a host rock for zinc, lead, and copper deposits. 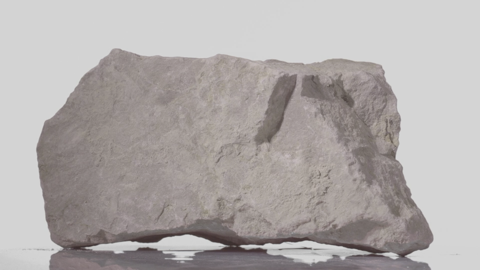 Just like the boost to hardness, Ordovician Dolomitic Limestone also possesses a higher resistance to acid and a lower absorbency level. The overall structure of Ordovician Dolomitic Limestone is less porous and is resistant to permeation. This means less absorption of oil, water, acids, and other liquid substances. Lower absorbency can be beneficial especially when it comes to things such as the mixing of asphalt, where oil absorption can be costly and draining on time, resources, and effectiveness. From railroad ballasts to concrete and filler material, low absorbency is a great quality to have.

Another important factor relating to Absorbency is that Dolomite actually has a lower solubility level than regular limestone, making it more resistant to dilute acid media. This basically just means it does not break down or erode nearly as fast as limestone when subjected to the acid contents of rain, soil, and other solutions. Additionally, Dolomite has a higher temperature threshold before it begins decomposing, this makes it better for places with fluctuations in temperatures and changing weather; water and acids require way more time to seep into the rock compared to regular limestone.

What Are the Benefits

We’ve gone over all of this information but what exactly does it all mean and what are the benefits to Ordovician Dolomitic Limestone as an aggregate?

A great example of why absorbency and solubility levels are important when choosing your aggregates is its resilience when it comes to freeze-thaw cycles. These cycles are a huge detriment to the overall lifetime of structures, formations, dams, river banks, and more. Since regular limestone is softer and more susceptible to things like water permeation and erosion, the length of time it will hold up is significantly less than Ordovician Dolomitic Limestone. To give an example, Ordovician Dolomitic Limestone has been proven to last up to five years longer than regular limestone through freeze-thaw cycles. Additionally, due to the rounded rectangular shape our aggregates come in, it makes it easier to form a solid, compact structure, as the rocks naturally fall together in tighter formations. Strength and hardness pair well with Ordovician Dolomitic Limestone’s low absorbency and solubility, making for an overall generally great multipurpose rock.

We’ve discussed the properties of Ordovician Dolomitic Limestone all the way from its formation to its current form. Taking into consideration all of these facts, I’d like to compare a few other aggregates and see how they hold their own against it.

Regular old limestone has been mentioned a few times already, but let’s recap a little. Ordovician Dolomitic Limestone is almost an entire point higher on the Mohs Hardness Scale, is stronger, less absorbent due to its altered form, is way less soluble to water and acids, and has a longer lifetime value. Now what about granite? Granite is another common aggregate. While it is true that granite is about 2 points above Ordovician Dolomitic Limestone on the Mohs Hardness Scale, they both actually have roughly the same density at around 2.6 grams per centimeters cubed. The biggest difference though is the rock’s overall type. Granite is an igneous rock, meaning it formed from cooled magma, while limestone is a sedimentary rock formed through the process of sedimentation. Granite is crystalline and consists of minerals like quartz, feldspar, and biotite micas. Due to this difference in rock type and make-up, granite’s harder structure can make it more difficult to quarry and work with. Consequently, granite tends to be more expensive and potentially hard to handle.

Limestone is abundant and has been used for centuries, from Europe to Africa; it’s a classic choice for a building and construction material.

There’s a reason why the Egyptian’s chose to build the Great Pyramid of Giza with limestone.

Now, let’s take a step back into the history of the Ordovician Period for a moment. I mentioned earlier that Ordovician Dolomitic Limestone was formed during the time of two supercontinents called Laurentia and Gondwana. Which you may be thinking, that’s cool and all but what does it have to do with the limestone? Well, this is important because as we all know today, those supercontinents no longer exist. As the Earth’s tectonic plates have shifted over the past 490 million years, so have the locations of Ordovician Dolomitic Limestone deposits. As the supercontinents drifted apart to create Earth as we know it today, the layer of limestone separated, moved, and was upheaved in some places, creating mountains and pushing deposits closer to the surface. This is where Pattison Company comes in. 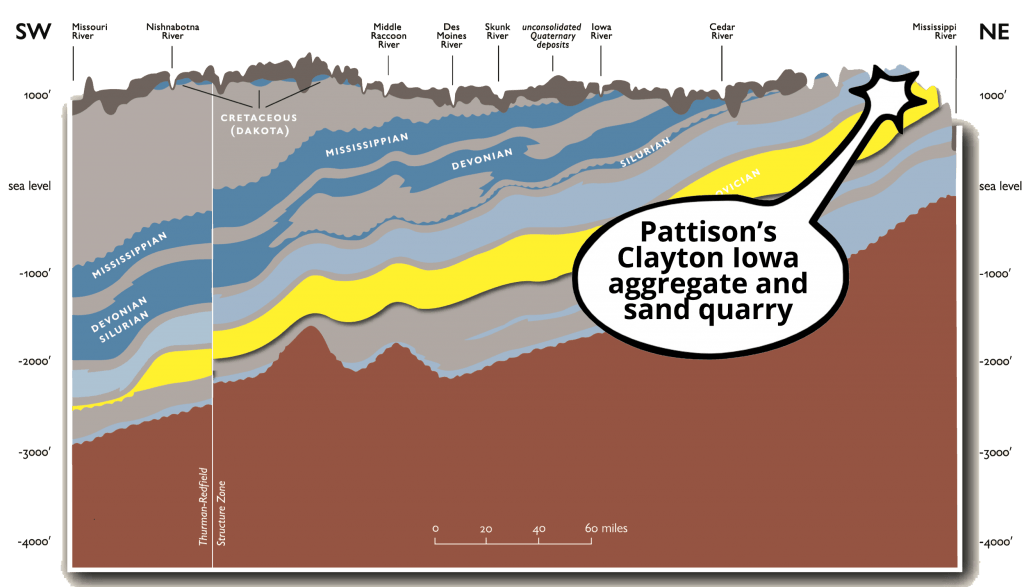 Pattison Company is located at the perfect little spot in Clayton Iowa. Here in our quarries lies an ancient Ordovician Dolomitic Limestone deposit, and it is close to the surface. The deposit lies within the St. Peter’s Sandstone formation. This formation spans all the way from Minnesota to Arkansas and is as wide as from Nebraska to Illinois. However, just because it is big doesn’t mean it is easily accessible, as much of the Ordovician Dolomitic Limestone is incredibly far beneath the surface of the ground, making it difficult to extract. Due to this, Pattison differs from many other suppliers of the rock. Over time our deposit was pushed closer to the surface by the tectonic plates, this means it is easier for us to unearth and make readily available for all of your needs.